Setup a wallet for the “Lightning Network” on Mainnet

Payments over the Lightning Network are as fast as lightning. But it takes a while to set up your device to be ready to pay.

This tutorial is meant for non-technical users who want to pay with their mobile phone. Therefore it will focus on apps for mobile platforms.

These instructions are specific to Bitcoin Mainnet! You will deal with real money. If you are looking for instructions for testnet, here is a tutorial.

Before we start, we want to make clear, that the Lightning Network is a technology that is still considered to be “experimental”. This means that there is no guarantee that everything will work smoothly and without errors. In the worst (but rather unlikely) case, you can lose money or might not be able to spend it for some time.

We therefore urge you to start with small amounts!

At the time this tutorial is written (start of September 2018), there are only Mainnet compatible apps available for Android devices. Apps for Apple iOS will hopefully be released soon.

All the screenshots shown here are from the “Eclair” wallet. But the process is similar in other apps, so you should be able to use this tutorial too.

You have now successfully installed the wallet. There are three main screens in the app that you can navigate to by swiping your finger left or right:

Since we are going to buy Swiss Francs, it’s probably a good idea to change the monetary units the app displays. Most of the following screenshots will show CHF for fiat currencies and Satoshi (= 0.00000001 bitcoin, BTC) as Bitcoin unit.
You find these settings in the following menu: 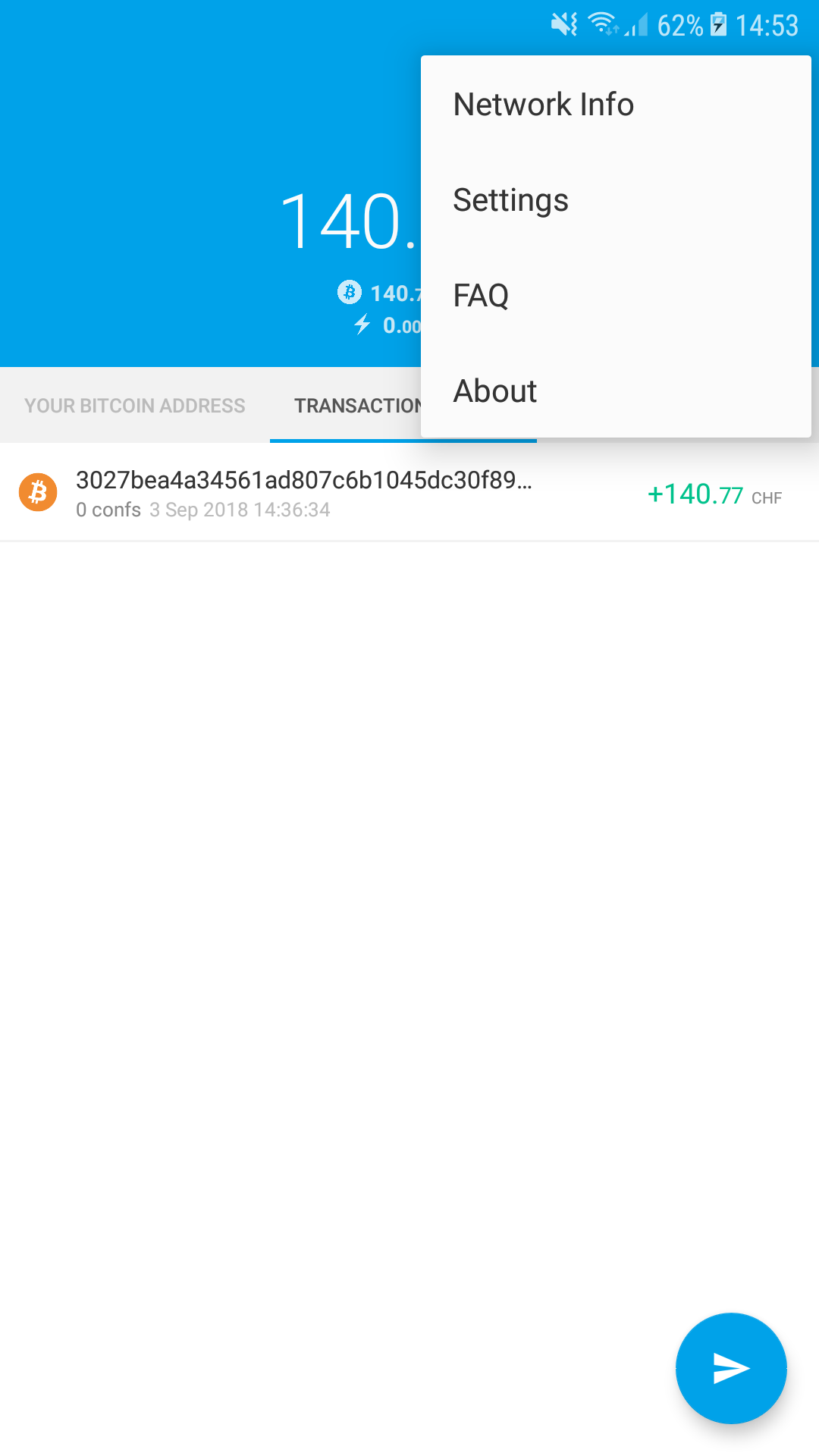 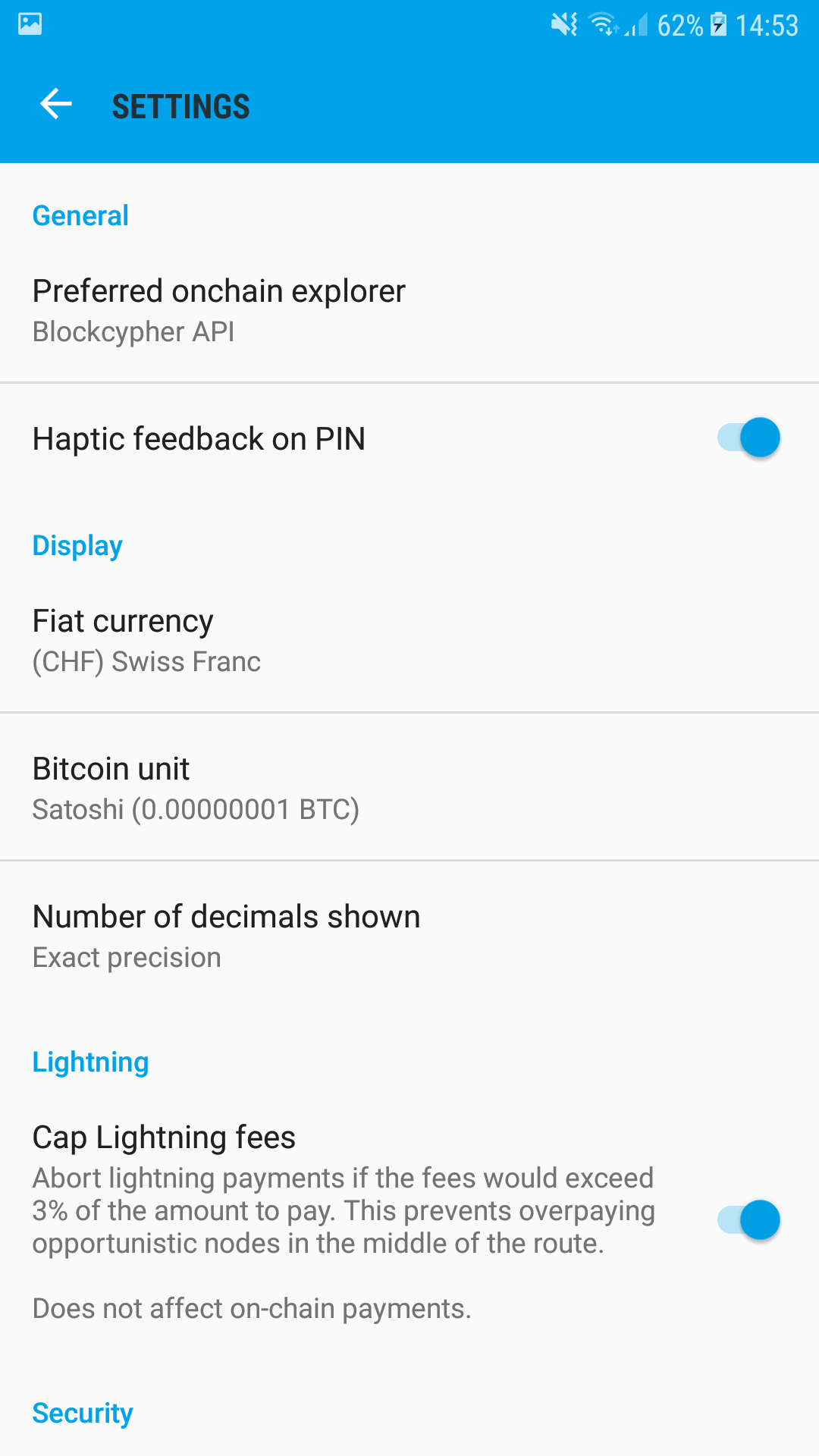 Our wallet is now ready to receive some bitcoins. There are many ways to do so. We are going to show you an option that is easy, straightforward and works at every train station in Switzerland: Buy bitcoins at a SBB ticket machine.

All that we need is a Swiss mobile number that can receive text messages/SMS. Bitcoin purchases at the ticket machines are limited to CHF 500.- per mobile number and day. This is enforced by sending a mTAN as a text message to a mobile phone. 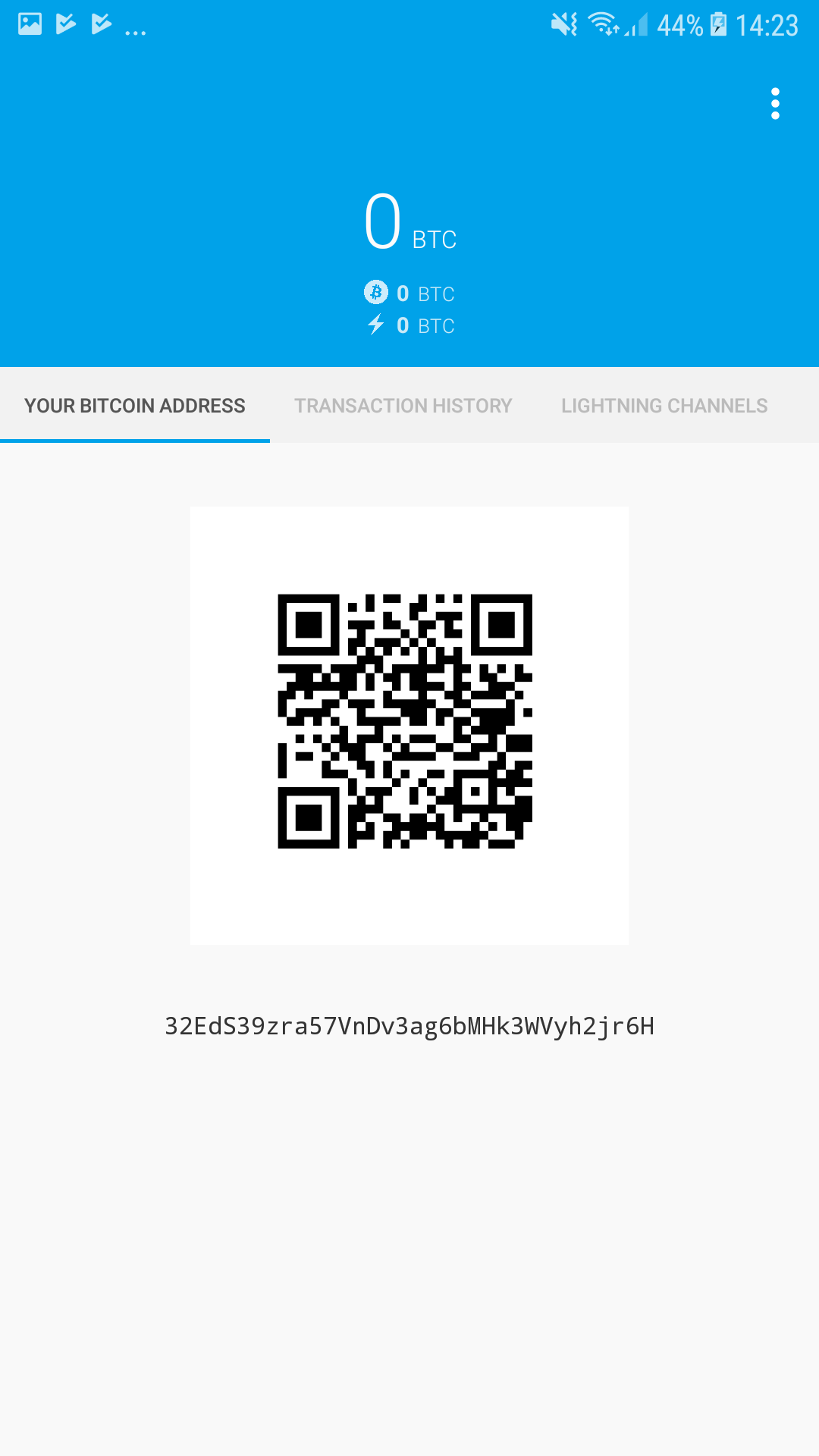 Depending on the ambient light and the brightness of your screen, this can be a bit tricky. Don’t put your mobile phone too close. A distance of approximately 20cm proved to be optimal. If it doesn’t work within a minute or two, it’s possible that the ticket machine reverts to its main screen. Try again by tapping “Prepaid” and then “Top up Bitcoin” once more.

As soon as the ticket machine is able to read the address, it will show it on screen. It is always advised to check the first and last four characters of a Bitcoin address, so we do that now too.

The machine now asks us what amount we want to exchange into bitcoins. After selecting the amount we will need to enter the mobile number and will then receive a code in a text message. Enter the code when the ticket machine asks for it.

Now we should see a summary of our order, the fees and the exchange rate we will get. If we agree with everything, we can pay the order either with cash or with a bank card. The payment will be confirmed with a paper receipt that will contain the same information again.

In our app we should see something similar to this in our “Transaction History”: 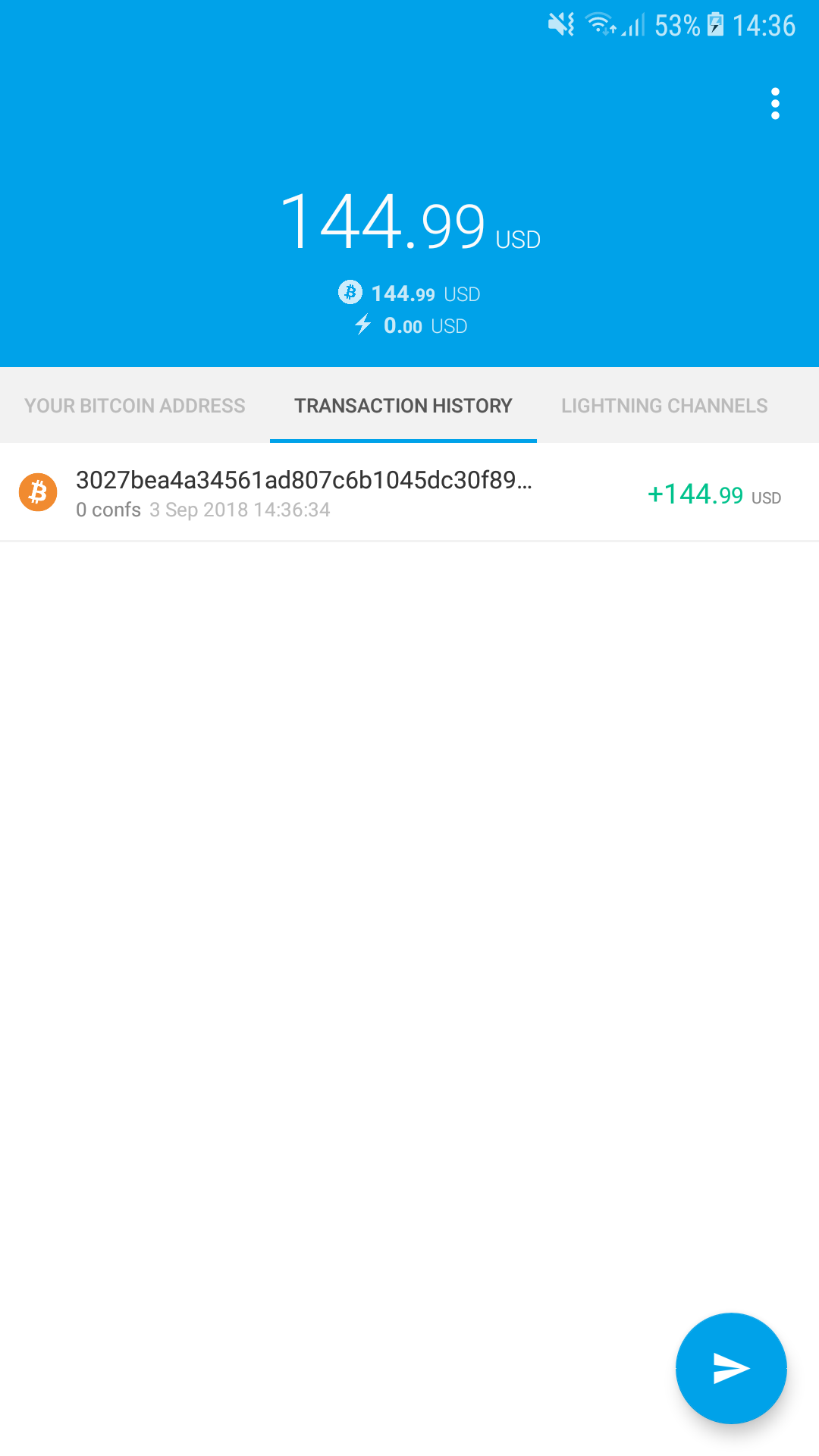 The transaction was registered by the Bitcoin network, but has not been confirmed yet (“0 confs”). As soon as there are at least 3 confirmations reached, the transaction is considered to be final and the amount can be used/spent in the app.

More information about buying bitcoins at the SBB ticket machines.

After we have three confirmations on our incoming transaction, we can proceed to the last step of our setup process: We are going to open a channel in the “Lightning Network”.
This is like charging a prepaid card. The charging process can take a while but as soon as the amount is on the card, it can be spent easily and immediately.

This last step in our tutorial will also take a moment because there will be another Bitcoin transaction that needs to be written into the blockchain and then confirmed three times. But this is the last step where we need to wait. As soon as the channel is open, everything will be as fast as lightning.

Did the payment work? Yes? Congratulations and welcome to the future of payments!